Relocated for today’s episode on the University of Memphis campus in the Instructional Design & Technologies (IDT) Lab for the monthly Memphis Articulate User Group meeting. 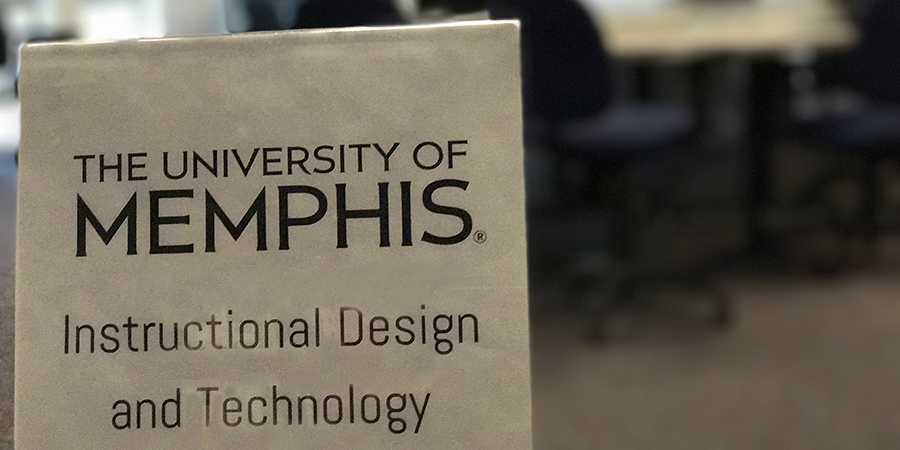 Little rocky getting started even though I *thought* I had checked everything. One thing that didn’t occur to me from all the previous episodes is only having one monitor – MacBook screen. Quickly had to pull up Facebook on the iPadPro so I could monitor and see who joined and comments. The MacBook doubled as production window, webcam, and Storyline desktop. My producer hat didn’t quite fit today, but it tightened up after a few minutes.

After Episode 09 I worked on the renaming assets and layers to establish a solid naming convention. I know, I initially promised I wouldn’t work on this project if not live. No excuses other than I know when I get into my FLOW, I tune out and zone out. When I get like that hours can go by and probably not the best to be mentally absent when streaming live. So, I did some more busy work and then recapped today.

A clear pattern has emerged now, but evaluating every possible move of any Ring movement in game play can be overwhelming. Pacing myself to ensure I’m comfortable with myself in “reading” the language of this build. After explaining where we left off in Episode 09 and the work I did afterword, I dove in looking for more potential bugs. Still a bit more QA work and testing before I’m comfortable moving to the 4-ring game play.

Another sidebar task was a suggestion from an earlier episode (forgive me for not remembering who) to add a Best Score count. Since this was an impromptu add-on, I haven’t sketched out how it would work and instead jumped in and attempted to figure it out on the fly. Messed with it for a few minutes but didn’t get it working. Failure is not an option! I’ll fiddle with it again.

Episode 11 will continue refining and looking for bugs. I think it’s real close and if all goes well I may be able to add the 4-ring game play.

Be sure to LIKE NuggetHead Studioz Facebook Page to keep up with notifications and future live events! While you’re at it, go ahead and subscribe to my YouTube Channel to keep up to date on any wacky future ideas!