The word efficiency resonated with me all week while attending the Elearning Guild’s DevLearn Conference & Expo in Las Vegas. This event is the industries premiere event and one I look forward to most all year.

The pre-conference workshop I delivered on Monday was about being a better, efficient, elearning designer by documenting your process through storyboarding. I also did a session on Style Guides later in the week that focused on ensuring all the moving parts of your project are accounted for. Which in the end means a more efficient development process.

Let’s not confuse proficiency with efficiency [future post]. Proficiency is a matter of time and practice of your sills where efficiency is using those skills in the processes for better workflow.

Entering the week with the theme of efficient workflow, the focus on that word, efficiency, was present of mind. The event’s first keynote was David Pogue, former tech writer for The New York Times and now with Yahoo! Tech. In his entertaining talk about all the tech around us he said one thing (among many) that resonated with me…

The quest of coherence – simplify

That simple quote made all the difference in my brain. With all the tech and spinning world of social media around us, coherent simplification makes sense – efficiency. 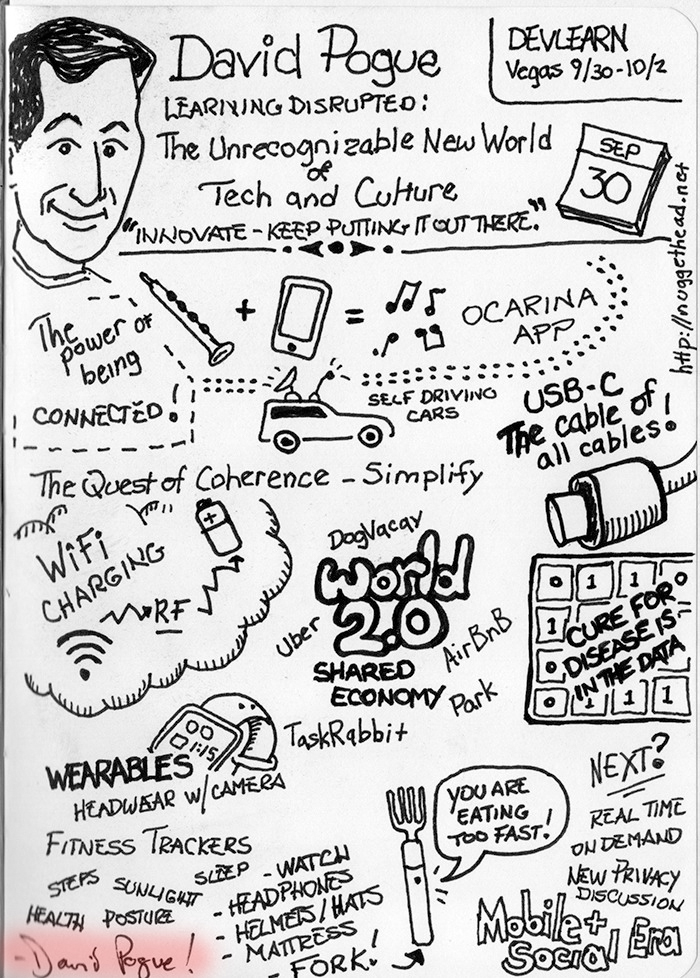 The other keynote I was able to attend was Adam Savage from Mythbusters. Again, another entertaining talk, yet Adam had more to say about our world as creators. At a high level he spoke about the parallels between art and science, and that being an expert in one thing restricts us from solving complex problems. Meaning, if you were to have various skills in non-related interests you could draw from those other experiences when solving problems.

I’m an artist/designer first and a developer/geek second. When designing elearning I’m thinking in parallel the visual presentation as well as the functional experience for the user. It never occurred to me I was pulling from both disciplines at the same time as it just feels natural to me.

Being able to draw from other experiences by default will be more efficient.

Missed a few key points as he was quite the storyteller and full of energy…hard to keep up, but captured the best I could. 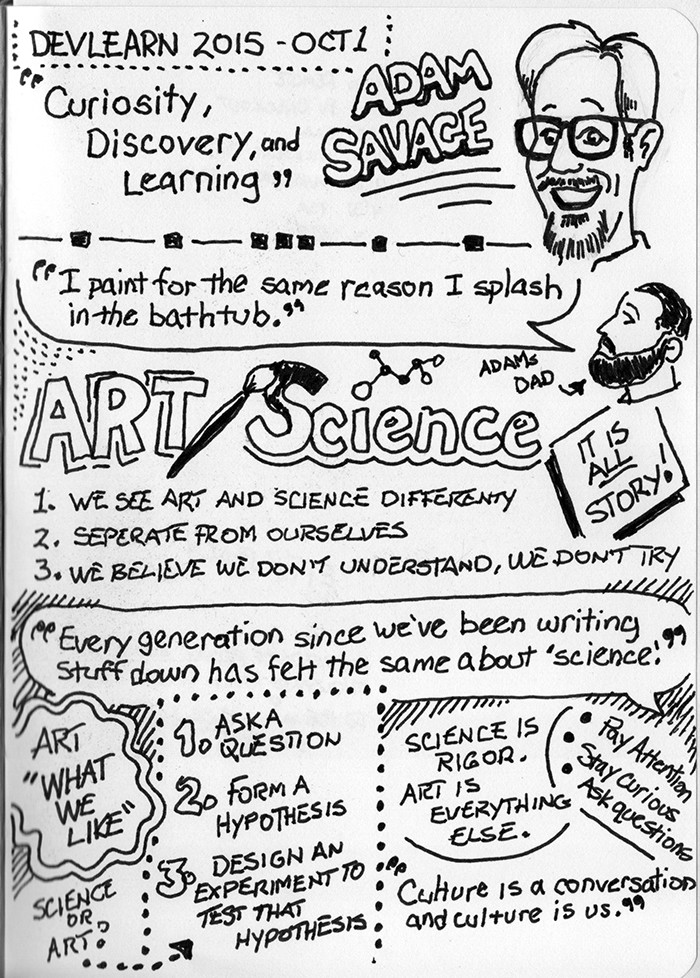 Another fantastic week hanging out with fellow industry peeps, meeting new friends, and opening my own brain to new ideas. The entire staff at the Elearning Guild once again put on a great efficient conference!

In the end, efficiency capped the week with an experience I had to capture. My #sketchnote the morning of departure. 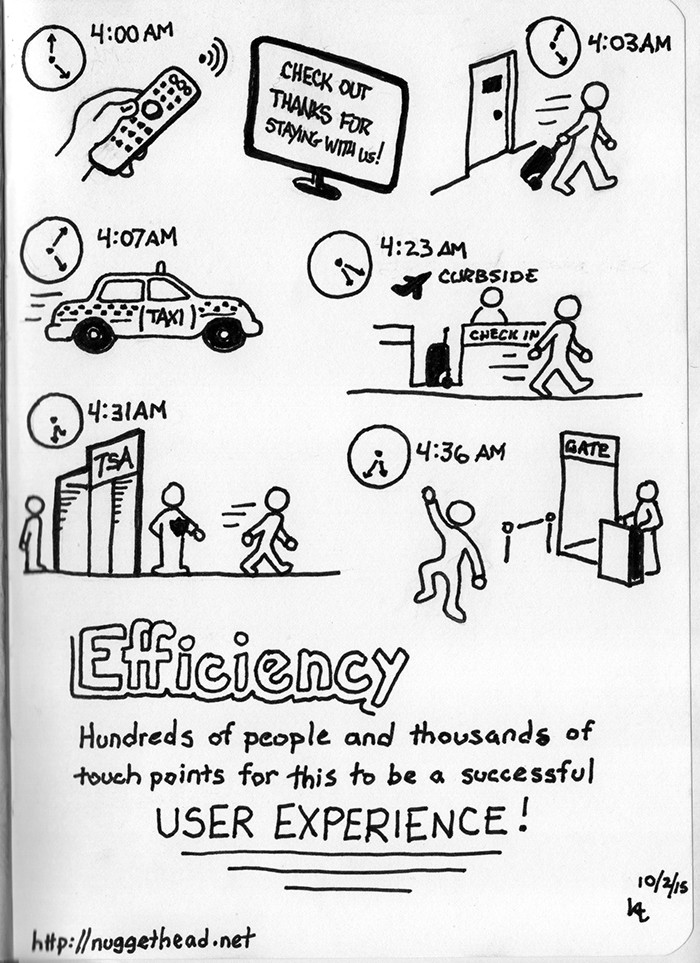