You are here: Home / Graphics / How to Make a Star Wars BB-8 in PowerPoint 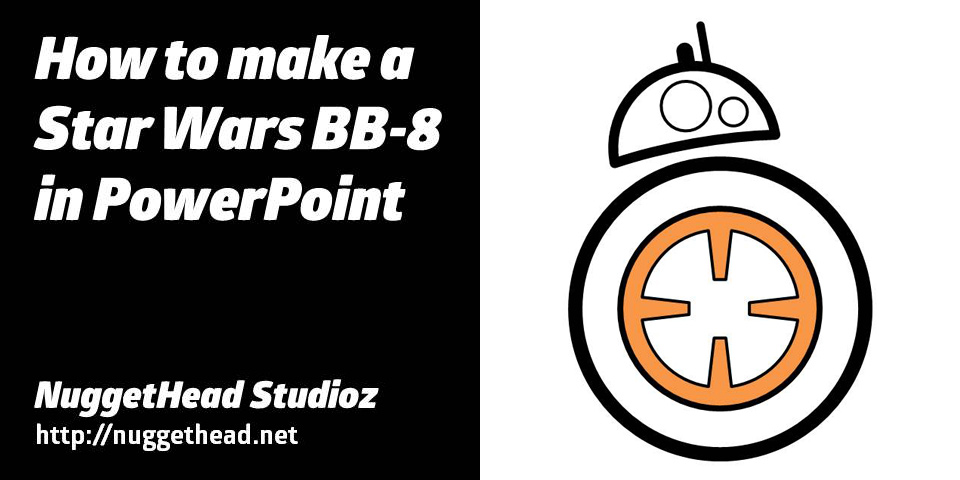 I use PowerPoint more for graphics than anything else. My BB-8 droid was beeping at me more than normal the other day. In my geeky wandering thoughts I figured he was telling me I should make a graphic of him and animate him across the screen. In PowerPoint.

I had some time in-between tasks, so why not. By the way, BB-8 was not seated in his charger fully – charging, not charging, charging, etc., which caused the beeping to sound off more frequently.

Here we go. This BB-8 can be created and animated in any PowerPoint version 2010 or higher.

First, let’s break it down to individual shapes in PowerPoint Slide 1.

There are eight (8) total shapes that make up BB-8. Five (5) for his head and three (3) for his body. The main shape for his head is a half circle with a slight curve on the bottom edge. Two circles and two rounded rectangles with full radius to form pill shapes. His body is three circles stacked on top of each other with the topmost having a trapezoid shape cut out of the circle from each cardinal location – top, bottom, left, and right. 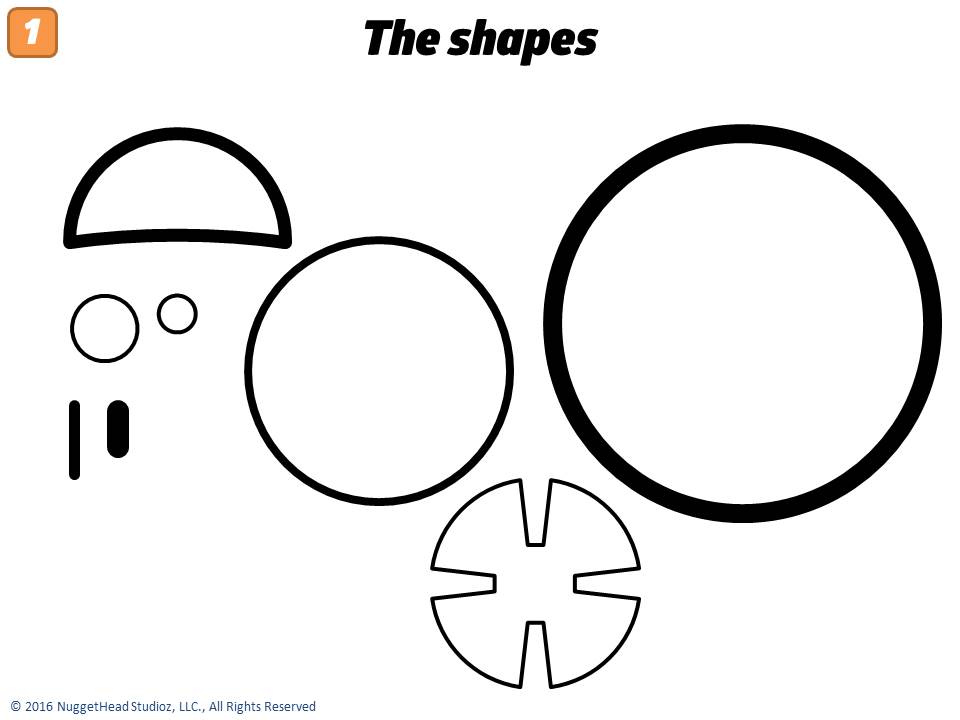 Three major steps. Building the head, then the body, then assembly.

Fairly straightforward. Start with a circle and cut it half.  Next, edit points and curve the bottom edge. Add a couple smaller circles. Add a couple rounded rectangles and reduce the radius to its fullest to create a pill shape. Assemble. Group. 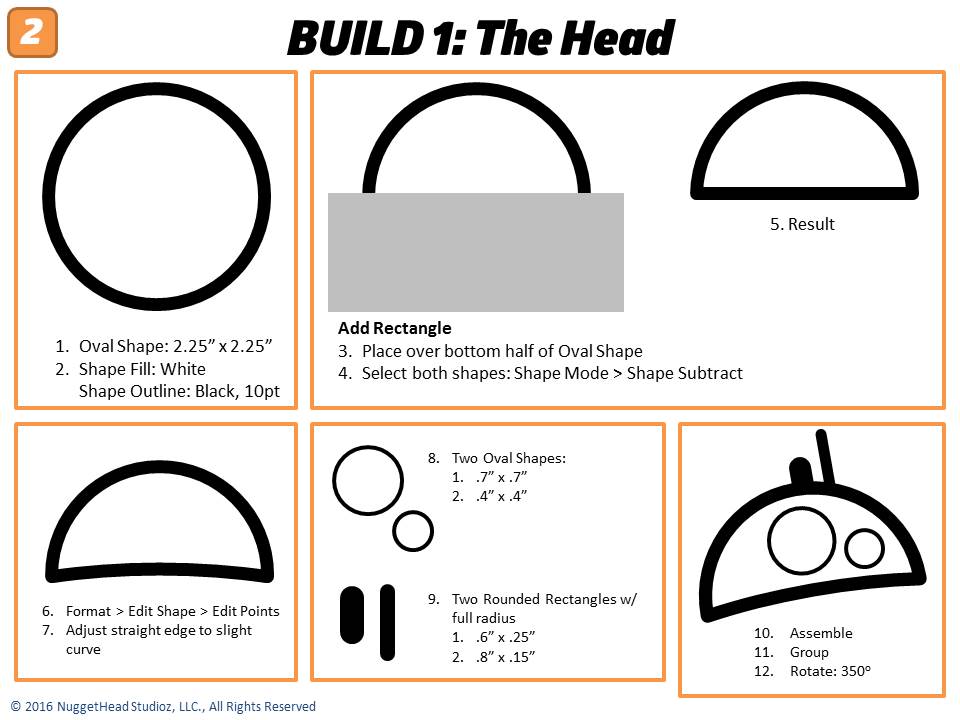 PowerPoint Slides 3 and 4: The Body

The hardest part of the body is the center shape that looks like a slotted gear of sorts. Three total shapes; all circles. Here are the parameters for the first two. 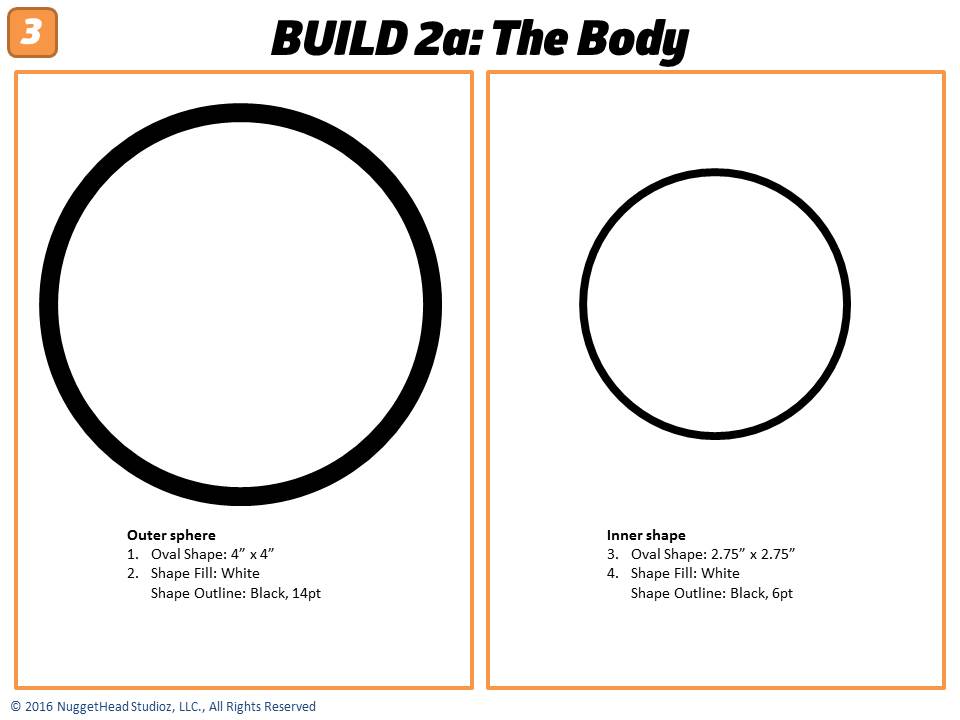 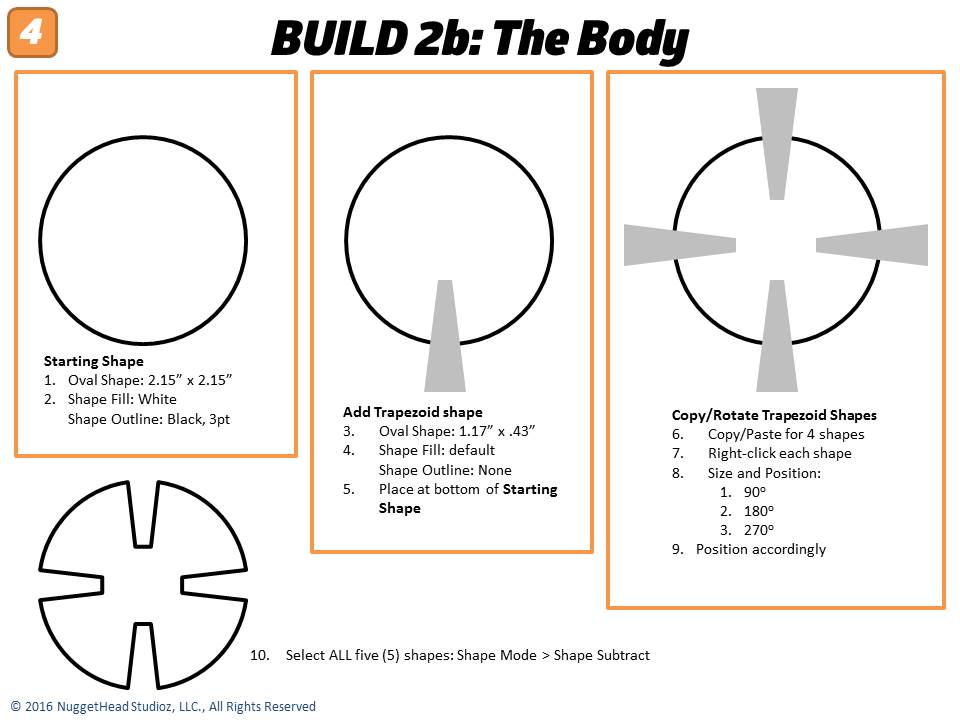 Stack the three shapes from the body build and place the head just above with a bit of whitespace between the two groups. BAM! 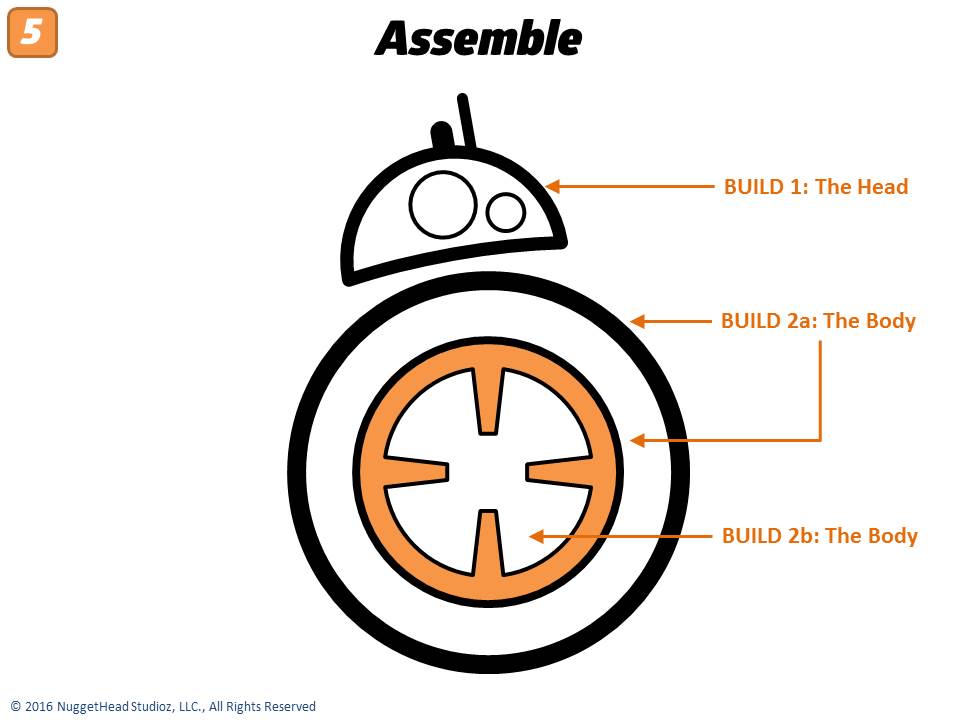 For fun, I animated BB-8 from one side of the slide to the other and converted to an animated gif.

For more fun, I added a couple sound effects to the slide. Download all these slides and play the last slide to hear BB-8 beeping across the slide!

I have a few other ideas in mind. Any specific graphic you want to learn how to build and animate in PowerPoint? Let me know in the comments.